When it was all over, all the balls put away, the prizes all won, the pudding shots all gone, Frank sat on the back porch in his carrier waiting for his ride across town, his ride back home. 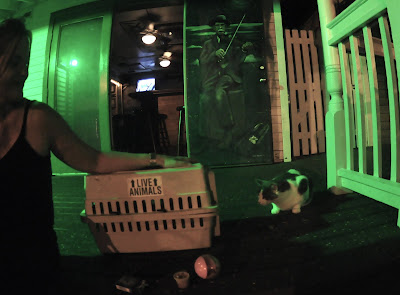 When, out of he darkness, out of nowhere, comes Frank’s sibling Otis. Otis who made his home exclusively West of Whitehead. Otis, who was always to be found at the Courthouse Deli across the street or at the Barber shop next next door. Always paitiently waiting to slip in the door behind some unsuspecting customer. 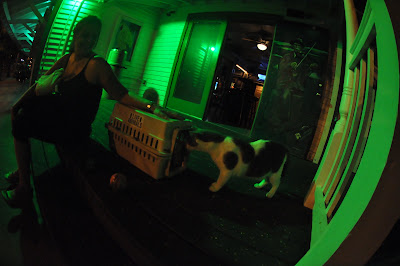 But tonight Otis was on our side of Whitehead, Frank’s side of Whitehead.
It had been months since the two had seen each other and you just had to wonder what was going through their heads.
“Otis, you look great!”
“Frank, where ‘ya been and, Jesus, what the hell happened to your belly”