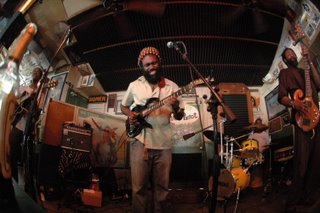 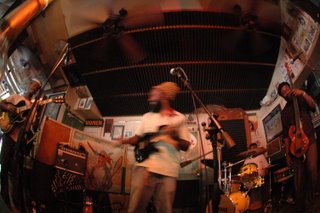 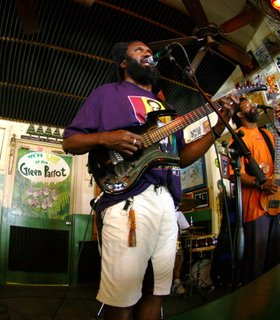 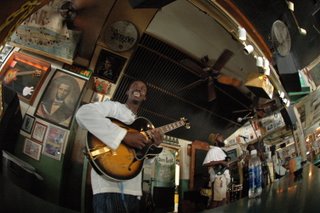 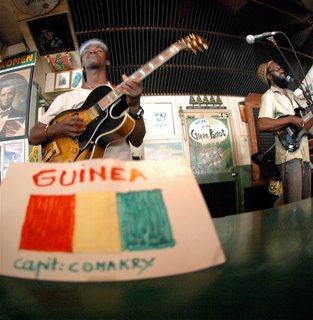 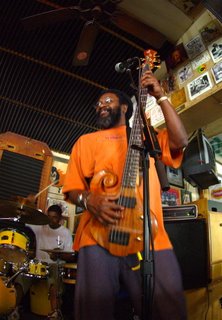 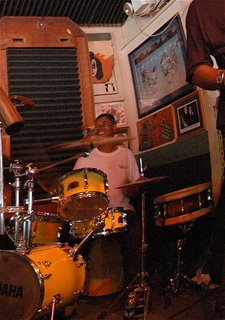 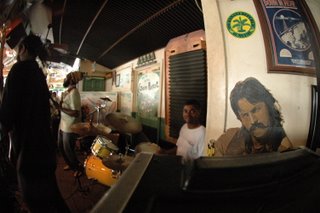 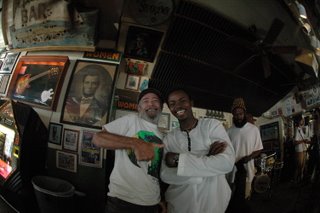 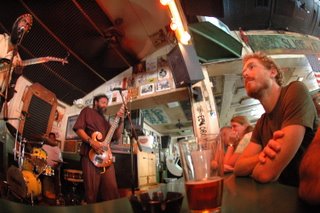 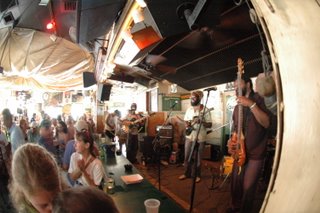 Over the last few days I’ve posted many photos posted but not many words. For that I apologize. I also apologize for the sporadic performance of the webcam the last few days. Had it been working it would have shown, even on that tiny screen, the energy being generated Tuesday through Friday.
Roots revivalist Corey Harris brought his 5×5 Band to town for a two day gig and spun it into a four-day, five-gig celebration that rocked the house and sent ripples through the town, pulling people out of the woodwork by Friday.
Harris dipped into the well and the crowd drank deeply of West African pop, Caribbean rhythms, throwback funk/soul, and blues, fueled by Harris’ powerful vocals and dead-on guitar work, the intuitive and nimble back line of bassist Houston Ross and drummer Johnny Gilmore and the unmistakable light, magical West African picking of Mohamad Kouyate.
.
The combination of The Parrot’s intimacy as a music venue, the musical sophistication and awareness of an audience that knows what it wants and responds passionately when it gets it, and a town were the buzz about something special going down gets around quickly, proved explosive. By Friday afternoon it was little wonder and and undeniable that there was a love affair in progress between a dazzled and woozy Parrot crowd and Corey Harris and his equally smitten 5×5 band. Corey Harris has played hundreds of much bigger venues for lots more money, It was obvious he was here in Key West and here at the Green Parrot because he wanted to be.
The rapport between the entertainers and the crowd was joyful. When Harris looked highly pleased with the audience they would shimmer back. When the crowd showed their approval of the baby-faced Mohamad Kouyate’s lilting riffs, his smile illuminated the room. When Mohamad was given a recently taken photo of himself shaking hands with Parrot-regular “Frenchie”, Mohamad treated Frenchie as the celebrity by having him autograph the photo for Mohamad to take back to Guinea. By the third day drummer Johnny Gilmore (a Chris Rock look-alike) was begging bartender Annie to be adopted so he wouldn’t have to leave. Bassist Houston Ross’ onstage grin seemed permanent.

Their road manager Nathan was the perfect liason between venue and band, seeing that no need of the band was not addressed nor any protocol of the bar not met.He could have doubled for Ashton Kusher and it seemed many of clientele were ready to be Punk’d.
For four days the vibe poured off the stage with energy and warmth like few things I’ve experienced in my tenure here. It was smooth all around. The band applauded the enthusiasm of the audience and the hospitality of the bar. For our part we were just knocked out by the quality of their performance as musicians and their humility and grace as people. We thank them.