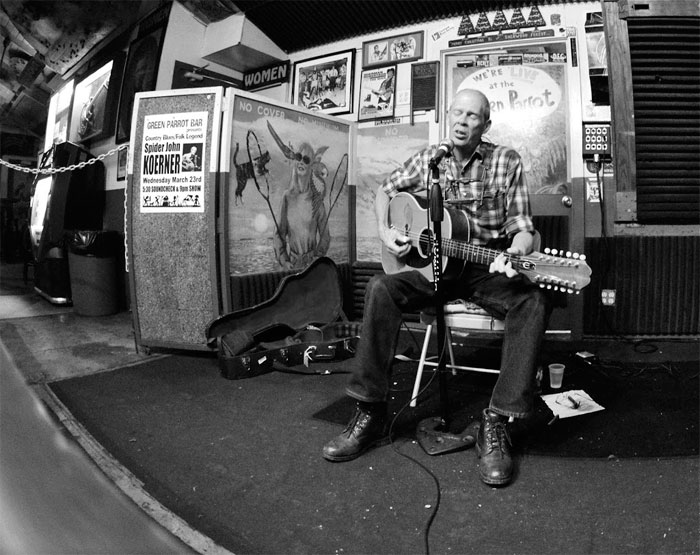 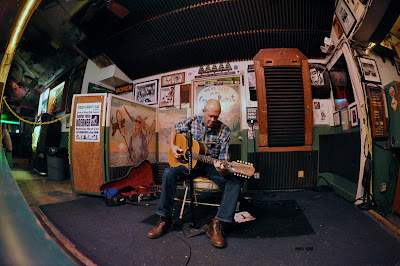 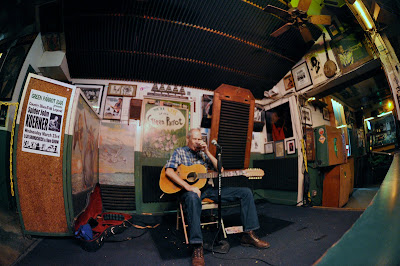 While I was speaking with local fiddler Gary Zimmerman outside the bar on Wednesday night the gentleman in the ball cap approached us to report, somewhat incredulously, that Spider John  Koerner was about to start playing inside. “Spider John Koerner…inside…right now”, he repeated.

Gary said yes, he knew, that’s why he was here, to see John.

The gentleman told Gary that he had seen Spider John years before, at the Philadelphia Folk Festival, and was totally blown away. But not  blown away nearly as much as he was tonight, just a few minutes ago actually, when he was walking down Whitehead Street and saw the flyer scotch-taped to the door of  The Parrot announcing Koerner’s appearance. 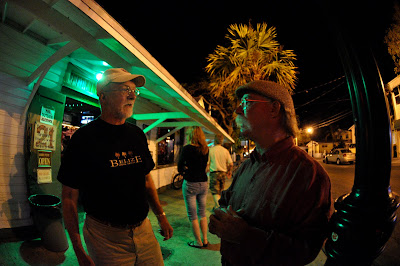 He marched right inside where John was setting up and gave John the same excited speil. He even had John sign his hat. 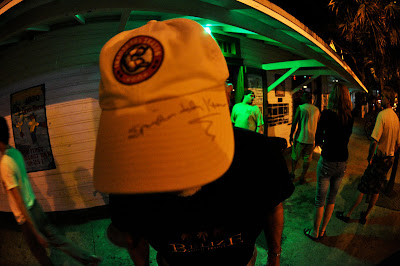 It’s this kind of over-the-top reaction from fans, at this serendipitous moment, that I feel  validates our booking of some of what we think of as classic, albeit, lesser known performers. I mean this guy was outside looking for someone to tell this to.

This kind of thing had happened to me before with other performers and other passersby: “You’re telling me  Popa Chubby (or Sleepy Labeef, or Vince Welnick) is gonna be here!…tonight! I used to see him play on the subway in New York, (or a beer hall in Boston, or a club in Cotati)”

It’s all very enriching for me and reminds me how music can evoke, almost as much as a scent, such strong emotions.

To get back to the guy with the autographed ball cap, he liked it when I told him I had been to The Philadelphia Folk Festival many times and mentioned the best thing about that festival (and other festivals I had been to like it) was the opportunity, (many unexpected, like tonight’s) to get up close and personal with some of your favorite pickers and singers. I’m thinking Taj Mahal and John Sebastian sitting and jamming under a tree (Fox Hollow), or Mike Seeger waiting in line in front of you to buy a peanut butter cookie (Champlain Valley).

This guy’s story of The Philadelphia Folk Festival brought back Gary Zimmerman’s memory of a night in Key West in 1978, when after returning home  from his nightly sunset gig with The Solares Hill String Band he was met at his gate by Shel Silverstein who asked if it was OK to bring John Hartford by Gary’s Passover Lane home to play some music. Well he did, and they played music, with the rest of Gary’s band till almost dawn.

<The next morning, another band member, Alan perhaps, asked Gary,”who was that guy with fiddle, he was really good”. 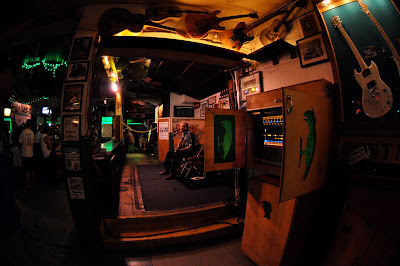 Spider John and Fritz Sigler, our sound technician before the show. 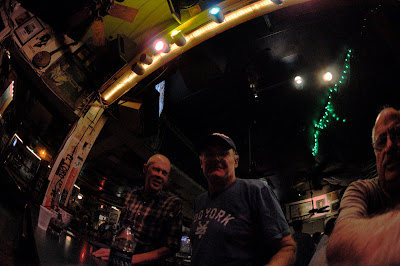